Beware of the Preemptive Offer 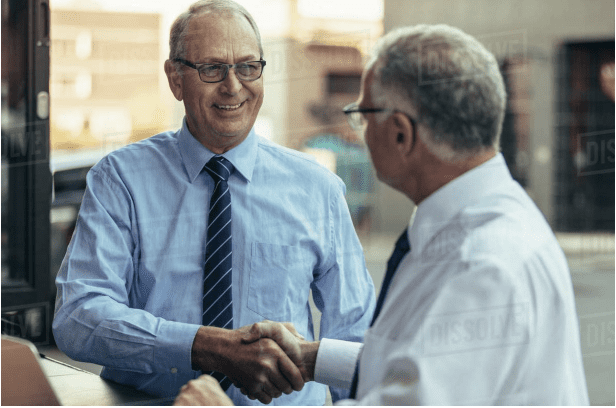 As a business owner, you likely receive communications at least weekly from companies claiming to have buyers, or strategic relationships, to which they would like to introduce you. Similarly, you may be fielding calls from Private Equity Groups (PE) looking to tell you why they are differentiated from other financial buyers.

The noise can be deafening, the attention flattering.

Their aim in reaching out is to secure a preemptive sale (i.e., no other competitors) with your company. Professional buyers buy—that’s what they do—and company owners, having created something of value, may want to sell their company someday. It seems like a fair exchange.

Being the boss, you can take the time for the call—so why not? Game on!

… but not so fast. There may be a better way to get the best deal when selling your company, and that’s the “auction mindset.”

Let me share with you how the auction mindset started early for me. This concept is now a well-oiled machine in JD Merit’s M&A offerings today, and in my opinion, the best way to sell a company.

I started my first “real” company shortly after college while working for the world’s largest winery as an onpremises (hotel and restaurant) sales manager. It was an excellent job; restaurants and hoteliers typically start their day after 10 a.m., as the hours for them at night are long. It gave me plenty of time in the morning to train for my other passion—the triathlon. In addition to the favorable hours, I was able to travel on weekends to different triathlons in neighboring states. I was hooked.

But, like most passions or hobbies, between travel, lodging, a racing bike, wetsuits, entry fees, and dining out, my passion was expensive!

I saw the popularity and seemingly endless discretionary income of those who participated and pursued aerodynamic wheels, low-profile handlebars, skimpy race suits, and the lightest sneakers. There had to be a way to pay for this near-addiction hobby of mine.

That was how my first business was born—a specialty mail-order distribution company, SBR Sports. (You guessed it, Swim Bike Run Sports, Inc. Unimaginative, I know, but our logo had early iconography—so we were trendsetters!)

We carefully selected products that were cutting edge and very specific to triathlon.

In those days, the mid-80s (this was old school), we obtained names and addresses and phone numbers, purchased lists, placed ads in triathlon magazines, and pursued direct mail. Of course, at the prompting of my CPA to write off the weekend triathlon expenses, while I raced, my girlfriend at the time dutifully operated our “booth.” She sold goods to the voracious tri-geeks looking for the latest speed-enhancing helmet or Timex triathlon watch! (Reminder that this was the mid 80s—don’t judge; you likely had one too.)

We quickly grew the business, added staff and warehousing, and made the mistakes most newbies make (i.e., large bulk purchases of tri clothing pre-season to get the lower price—can you say, Inventory that did not move? —cash flow lesson # 1 (but that’s another story).

Like you, after a couple of years, we developed a large customer base, robust growth, and steady earnings. We expanded to larger facilities and hired more staff. We were a mid-eight-digit business and rolling.

So, why should you care about my first company? Remember, beware of the preemptive (or unsolicited) offer!

“Hi, Mr. Dickens; this is Mr. X from Strategic #2. We have been watching your growth. Your new catalog is exceptional, and your ads seem to be tracking well. Our customers are citing you as a top-three preference for purchasing. (We later found out we were number one among their triathlete customers, but, certainly, it was nice of him to clue me in regarding our relative position in the top three).

Strategic #1 and #2 were traditional cycling catalog houses and were late to the game. As cycling snobs (“Only Italian-made bikes are worthy of riding,” and, “Triathlon is a fad, not a sport” -type of snobs), they didn’t get it— at first. Now they did. To equate it to modern-speak, they were missing a developing profitable market and getting killed in the cost-of-acquisition game. They now decided it was cheaper to buy the audience than advertising, and catalog bomb this new market (a common “buy vs. build” analysis). Their sales were stagnant, and we, on the other hand, were growing rapidly with a set of new users/customers.

What we knew—guided by our passion, and later proved at sale as we came to understand the characteristics of our market and demographic—was that we had created brand value in our niche with early adopters that had lots of discretionary income. Our database had very specific ideal client profile or ICP.

You see, cycling purists, for the most part, were broke. They saved five years to buy a bike and wore the same cycling shorts until they literally fell off. Our triathlete’s discretionary income was 3.4x that of conventional cycling consumers, and these weekend-warrior attorneys, physicians, and entrepreneurs were hip early adopters. They would never be caught dead with last year’s gear or yesterday’s fashion.

By nature of the newness and, back then, the extreme reputation of triathlon, our demographic was early adopters vs. brand loyalists. By hyper-focusing on a specific niche, we garnered enough share of a fast-growing demographic to get noticed.

So, to the good part. After reviewing revenue, profits, average ticket price, item count of our customers, and mailing list, the #2 Strategic made us a great offer. Their team made every effort to be friendly and sell us on the deal’s benefits—a preemptive wolf in sheep’s clothing.

However, understanding the benefit of creating further demand or, at the very least, checking our value, I was not going to leave anything on the table. I contacted Strategic #1.

Long story short: #1 was prepared to offer 2.4x times what the unsolicited or preemptive offer was from the original Strategic #2 offer. After some back and forth, they came to us with 2.7x the initial unsolicited offer. While not a “dot.com” -type exit, 1.8x REVENUE at the time was a big deal for two 25-year-olds.

Strategic #1 and Strategic #2 were fierce and bitter rivals. I did not mind being the recipient of their malice for each other. Regardless, we were the beneficiary of my early deal-making orchestration of a competitive auction and their sheer desire to one-up each other. The lesson is simple, however: competition always increases preemptive offers or, at the very least, provides a quick way to find out if the offer is for real, saving you from further distraction in running and growing your business. That lesson set a course and mindset in me for creating valuable companies, always ensuring a competitive landscape and letting the market work.

It amazes me, even to this day, that otherwise captains of industry are often fooled into accepting a pre-emptive offer. Other than for a select handful of reasons to take a pre-emptive offer, as a middle-market company, competition will help you get a deal done and typically the best deal as a result of “keeping all parties honest.”

Indeed, this first exit was no match for subsequently taking one of my companies public or selling one to a publicly traded company later in my career, but, for a 25-year-old, it was not a bad outcome, and an early lesson that competition works!

Whether your business started as a hobby, skill set, trade, lifelong dream, family succession, or acquisition, please don’t leave your sale of it to chance—or to the pre-emptive caller that gets through your voicemail or EA to be the winner of a bid-less auction. We’d be honored to help you cultivate that “auction mindset” and get your company the offer(s) it deserves!

Questions You Should Ask When Selecting Your Investment Bank

This may not be the first time you’ve ever asked yourself, “Is he/she the one?” However, picking the right investment bank and lead investment banker to represent your potential deal to the marketplace is one of the most critical decisions you'll make in your...

END_OF_DOCUMENT_TOKEN_TO_BE_REPLACED

How Does Your Company Rate?  20 Questions Prospective Buyers Ask Before you put your business up for sale, you need to be prepared to evaluate its status from a number of different perspectives besides your own. Much of what you know about your own company is...